After an awesome review of QMx’s Captain Kirk, we are going to take a look at their Master Series Spock figure. Like with Kirk, I’m fairly amazed!

Spock comes in the same style book-type, window box that Kirk comes in. It has a magnetic front flap that, when opened, reveals a picture of Spock and the figure itself. The figure is beautifully displayed and is surrounded by a few of the great accessories he comes with. 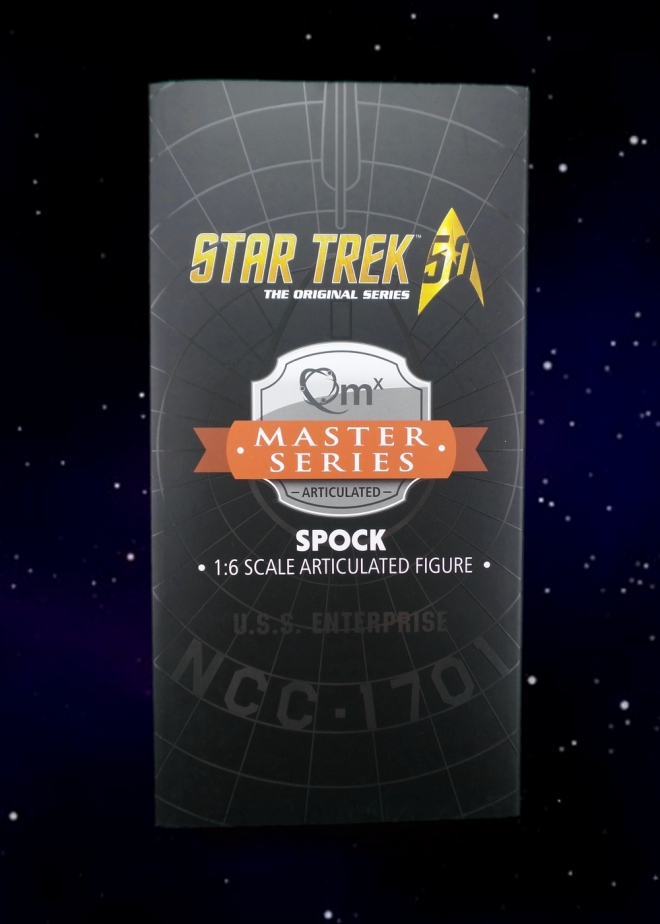 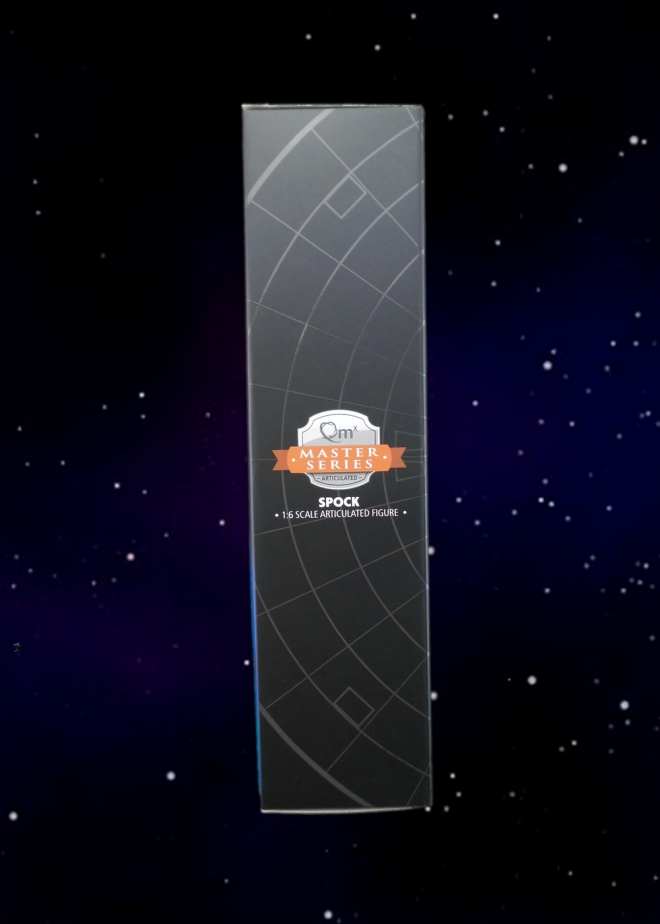 I can’t say much more about Spock that I didn’t say about Kirk. He is absolutely stunning! They even got the green-ish skin tone down. This was quite evident when I accidentally mixed one of Spock’s hands for Kirk’s.

The articulation is quite amazing! He has 25 points:

The accessories rock as well! He comes with nine extra hands (including Vulcan neck pinch and Vulcan salute!!), a phaser, a communicator, a tricorder, a stand, and an away mission belt. 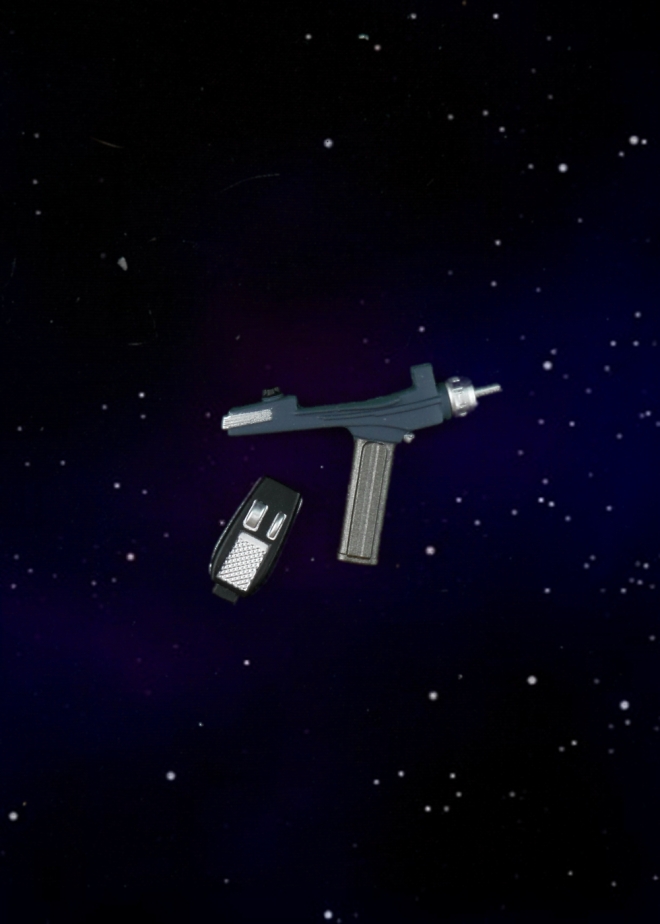 The best of these accessories is the tricorder. The lid flips up and the disc compartment opens. The lid is very difficult to open, so be careful.

I had a lot of fun equipping Spock with all of his stuff! 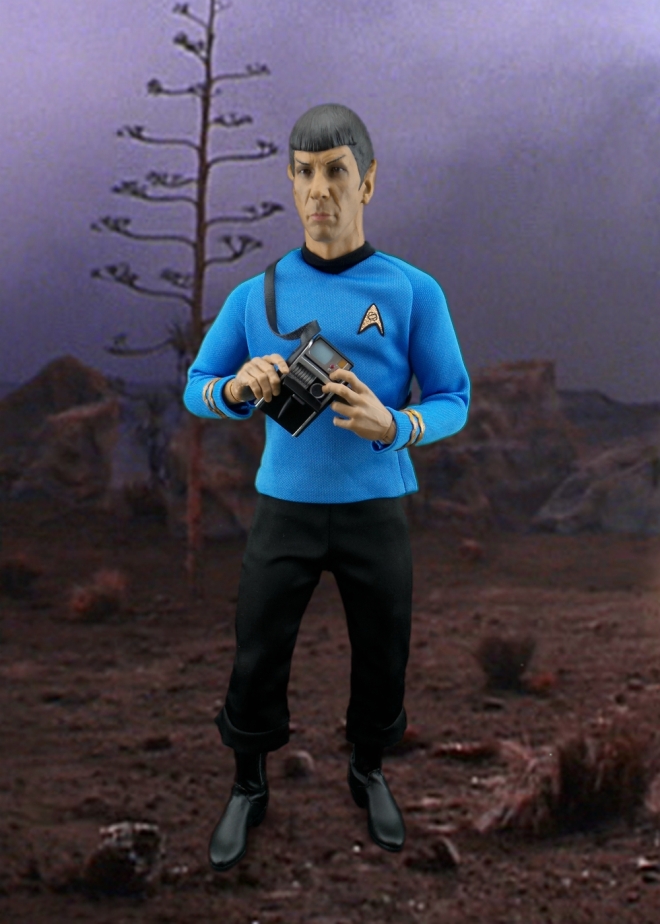 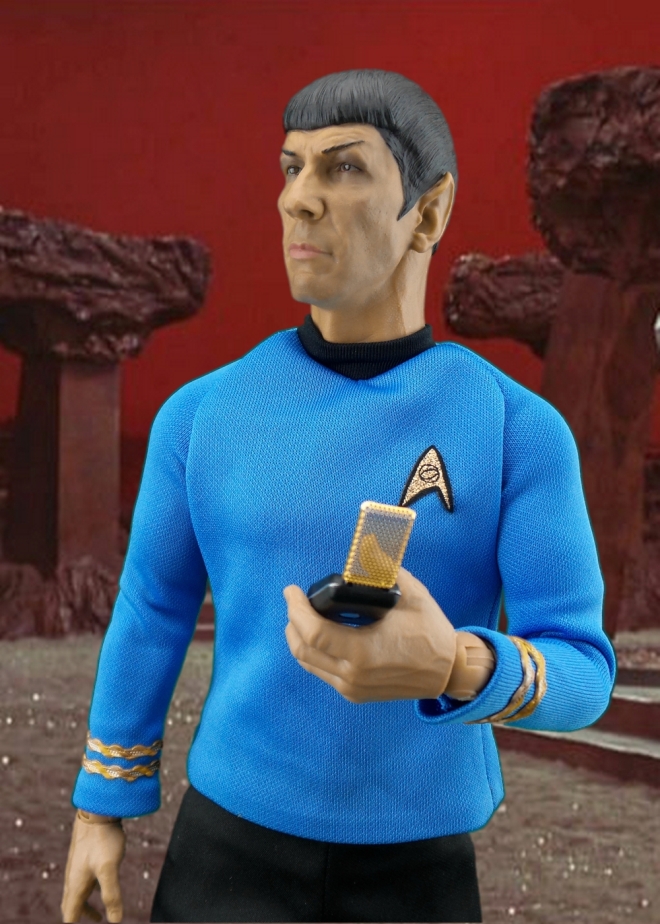 The cool thing about the phaser and the communicator is that they will attach magnetically to Spock’s and Kirk’s waists (I missed this feature on the review of Kirk) and to the away mission belt.

Spock looks amazing next to Kirk and the extra hands provide some cool interaction between the two. 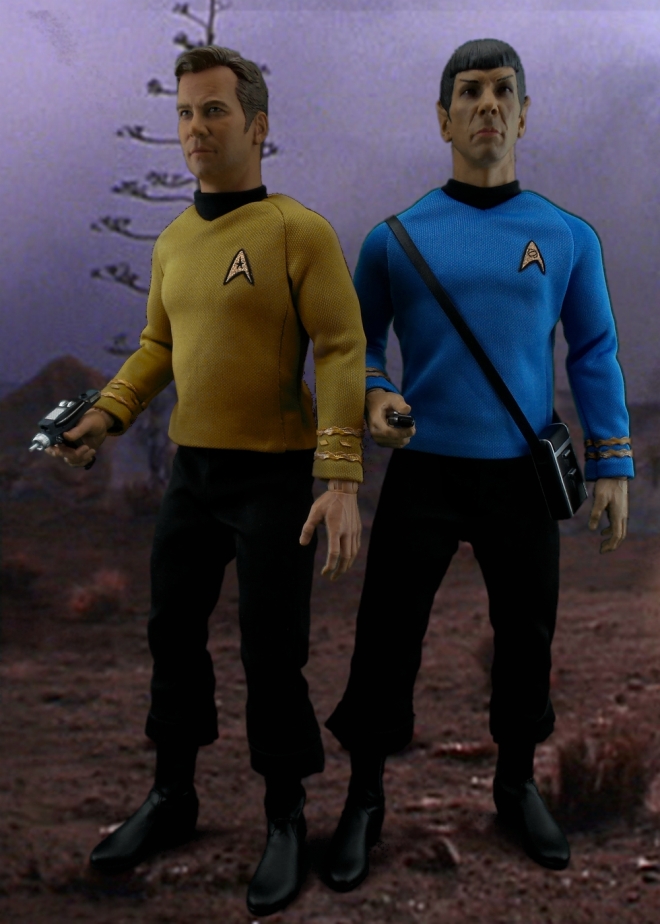 Overall impression: .34 out of 35. QMx has me hooked! If I could give them 5 out of 5, I would! I can’t wait to see the next wave of these amazing figures!

** Star Trek is owned by CBS and Paramount. These images are for hobby only. Also, the background images were found on the internet. If one of the images belongs to you, I will gladly give credit.