It seems all of my lamenting about not being able to find Mattel’s Batman v Superman 6 inch Aquaman was for nothing! I found him, and then I found him again, and again. He’s everywhere now!

Aquaman comes in the second wave of 6 inch BvS figures from Mattel. The other two are ‘Nightmare’ Batman and Lex Luthor.

As with the others, Aquaman comes in a fairly attractive window box. The only difference between the package from this series and the first is the inclusion of the new wave of figures on the back of the packaging. We also get teased with a yet-to-be-revealed 8th figure in the line. The silhouette is very reminiscent of Superman. 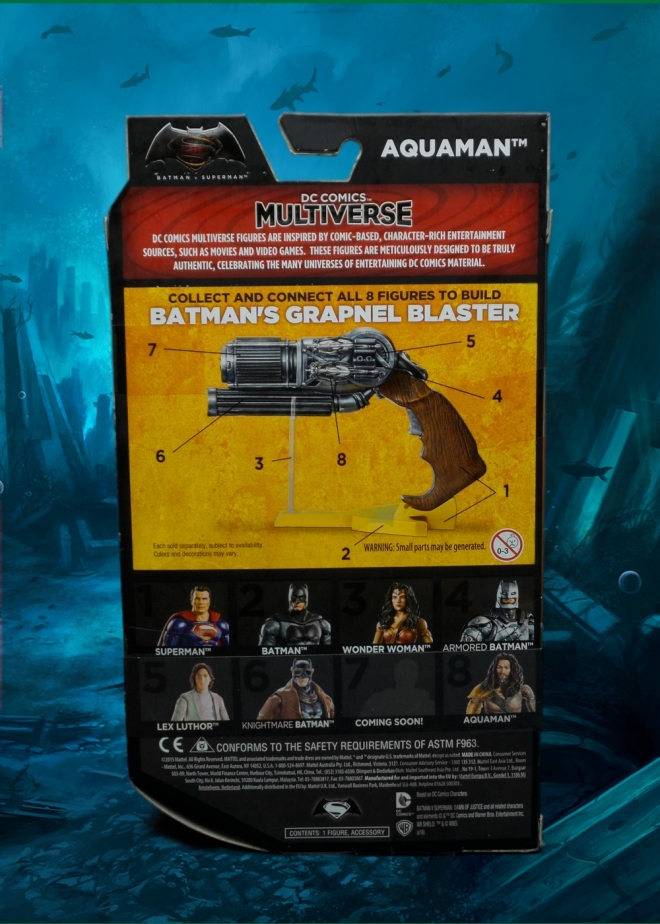 Aquaman is easily a diamond-in -the-rough in this line. Although he had little actual screen time, Mattel put a lot of effort into him. He has a great likeness to Jason Momoa, including the scar in his left eyebrow. 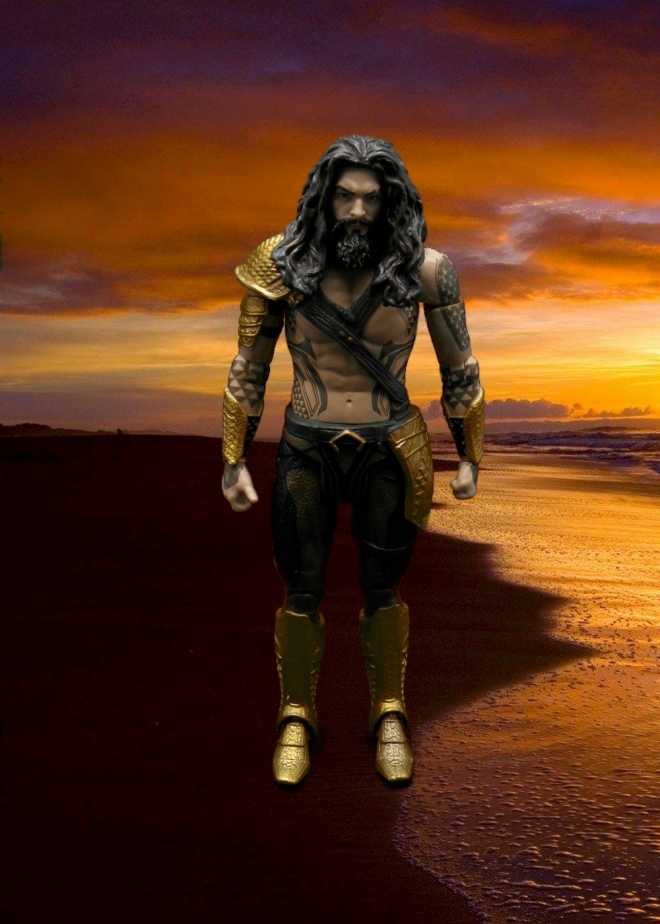 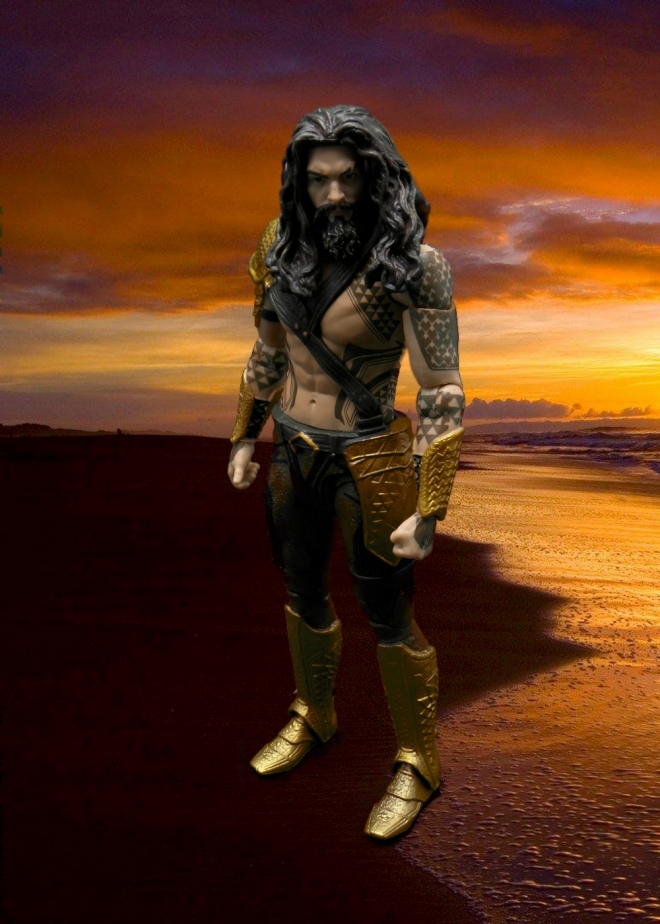 Again, we get a lot of detail on the body of this figure. The tattoos look really solid and all of the gold armor looks good. Weird fact: I am obsessed with the stitching on the inside of his gauntlets. 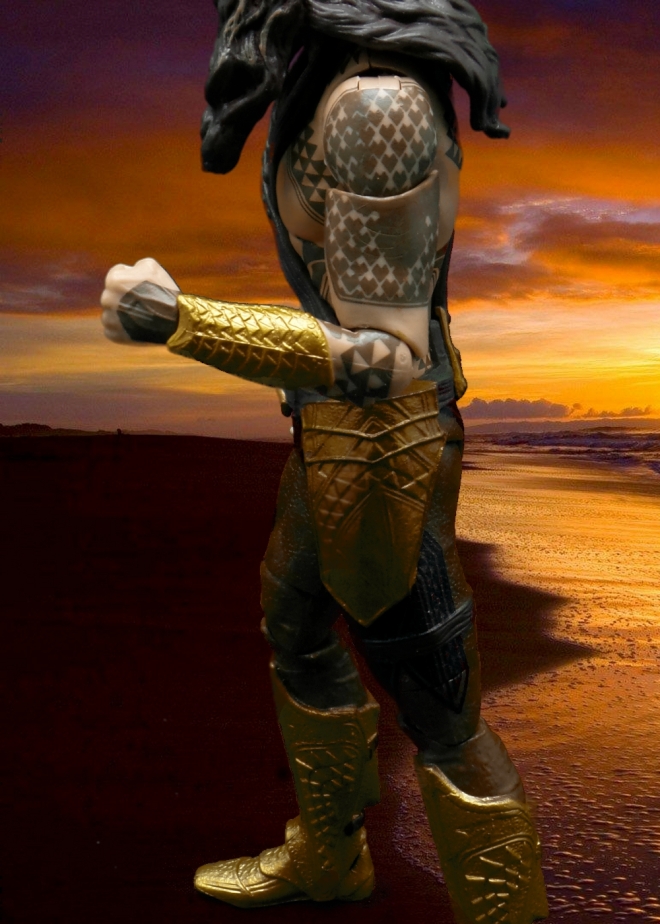 The bits of disappointment with the articulation have been seen in other figures in the series: neck is hard to articulate because of the solidly sculpted hair, no mid-torso articulation (he’s a swimmer for goodness sake!), and no rocker ankles. 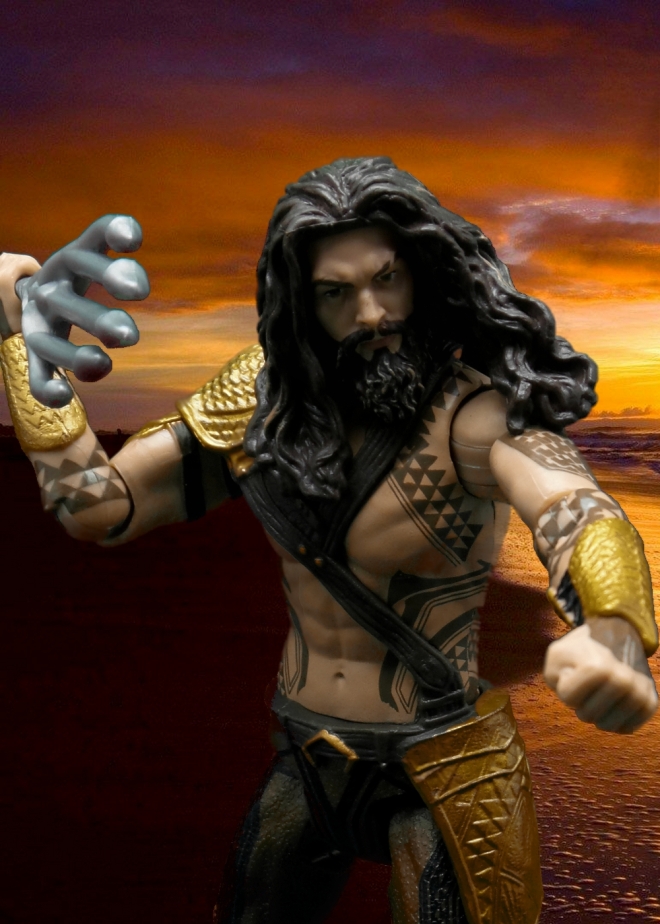 Compared to the others, he looks really cool. Seeing them together makes me excited to see what the team looks like in the Justice League movie.

He comes with his trident, which is silver, not gold, and with two articulating grapnel hooks for the collect & connect piece. 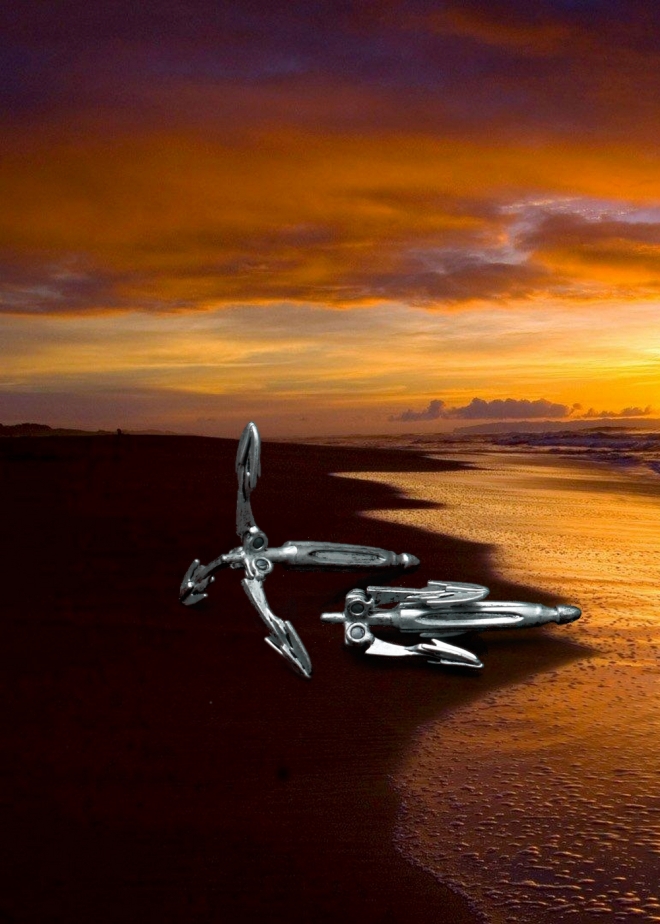 Overall impression: 26 out of 35. Not bad, not bad at all! I like this figure a lot! If it weren’t for the points off on accessories and articulation, he would have made one of my top figures lately. I wish Mattel had taken him to the next level, but he’s still a great figure!

And just because I was getting creative:

** Wonder Woman, Superman, Batman, Aquaman, and all related characters belong to DC Comics. Batman v Superman Dawn of Justice is owned by Warner Brothers. These images are for hobby only. Also, the background images were found on the internet. If one of the images belongs to you, I will gladly give credit.