Well, Batman v Superman has been out in theaters for over a week now. The reviews have been mixed, and so have my reviews of Mattel’s 6 inch movie figures.

Up next is the 6 inch Superman figure. He is one of the first four figures released. The others are Wonder Woman, Batman, and Armored Batman

The window box these figures come packaged in is fairly nice. Superman is very visible in the center of the window. The back shows us the collect & connect Batman grapnel gun and the other figures in the series. One the side, we get a nice picture of Superman and a movie synopsis. 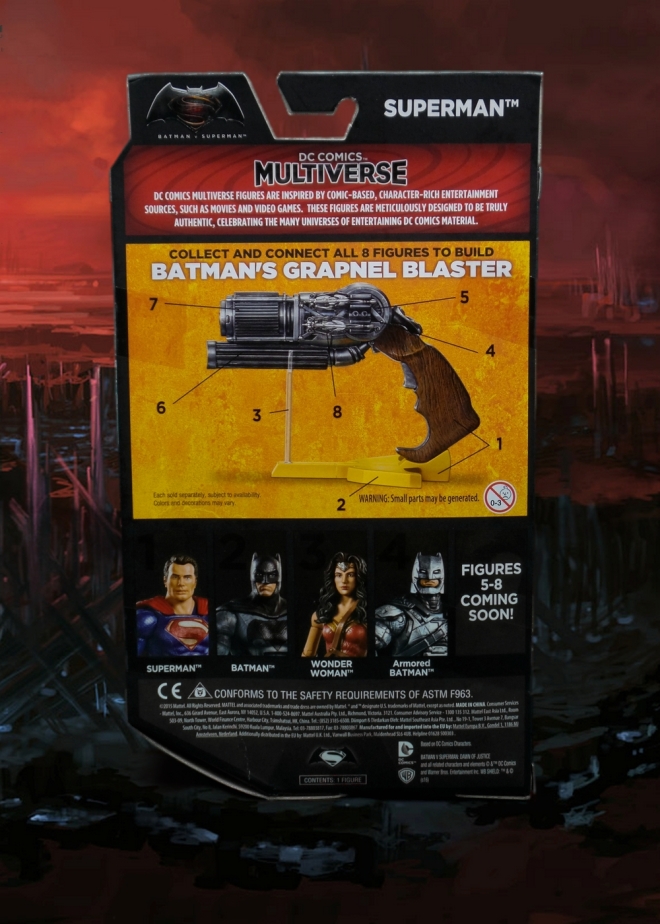 Superman looks quite nice, but for some reason, Mattel cannot get Cavill’s face correct. He looks squished up. 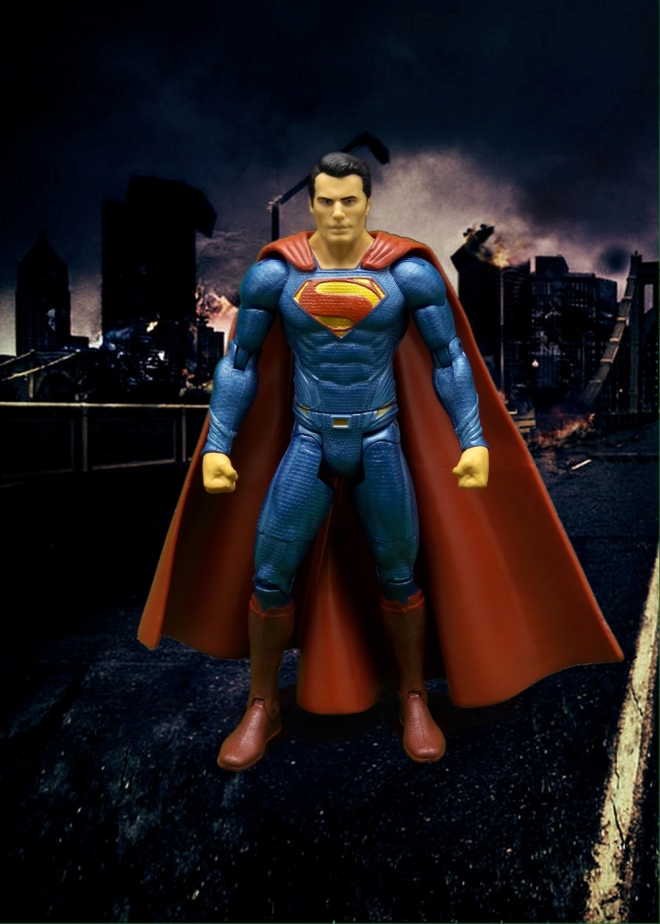 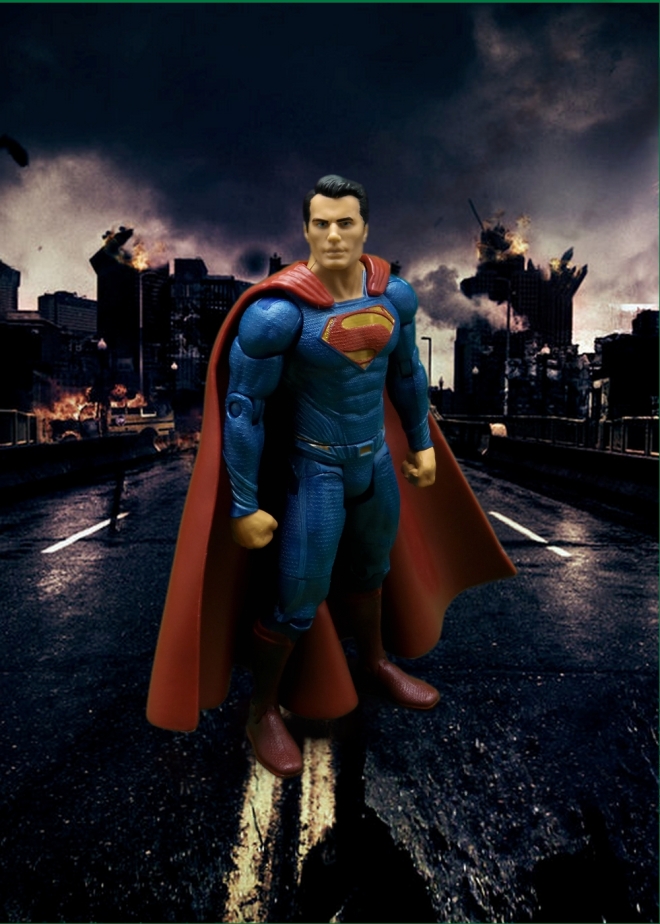 They do add a lot of detail to his costume though. There is texture everywhere and the details on his belt, flanks, wrists and boots are well done. 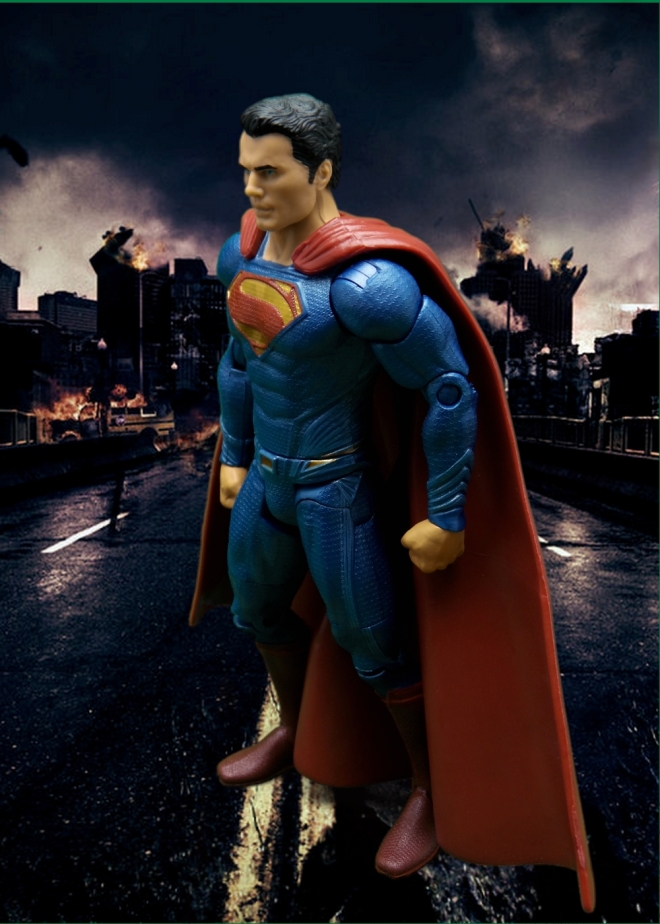 I don’t understand why, when Superman is a flying character, he didn’t get mid-torso articulation. It would have made for better flight poses. As with the other figures in the line, there is no rocker ankle. I can get some dynamic poses, but not as good as I would have gotten with the rocker. 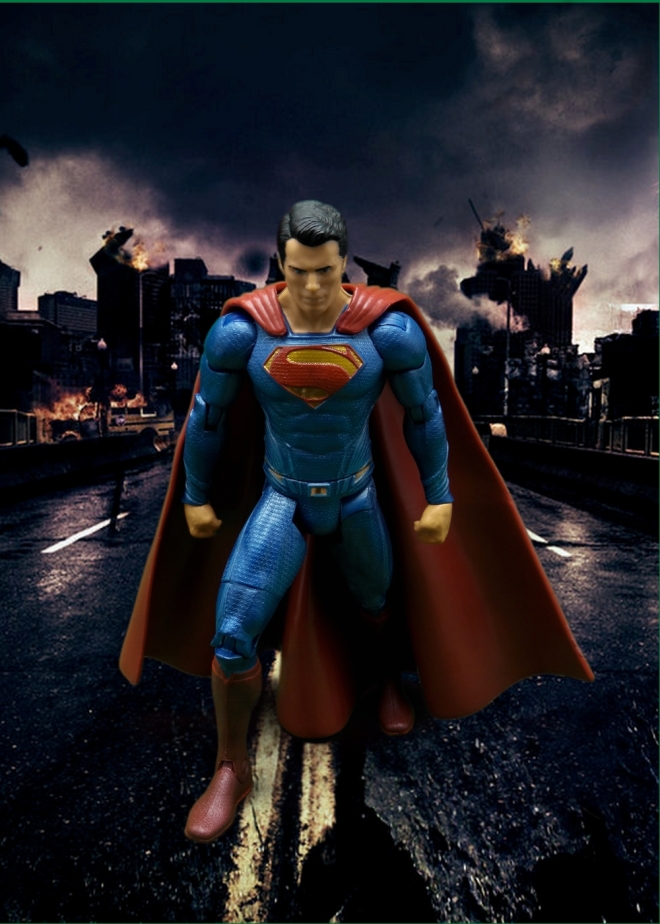 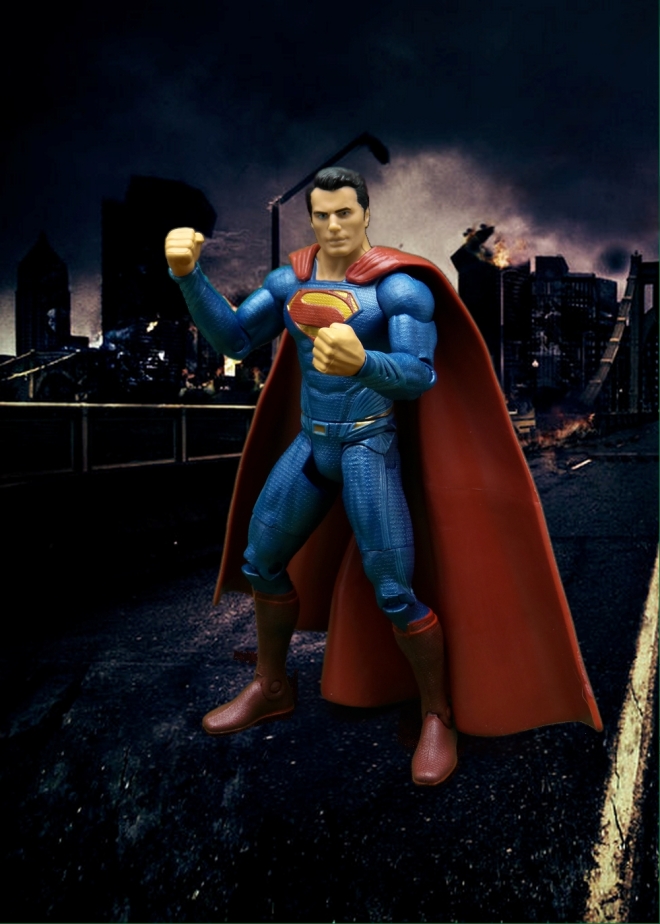 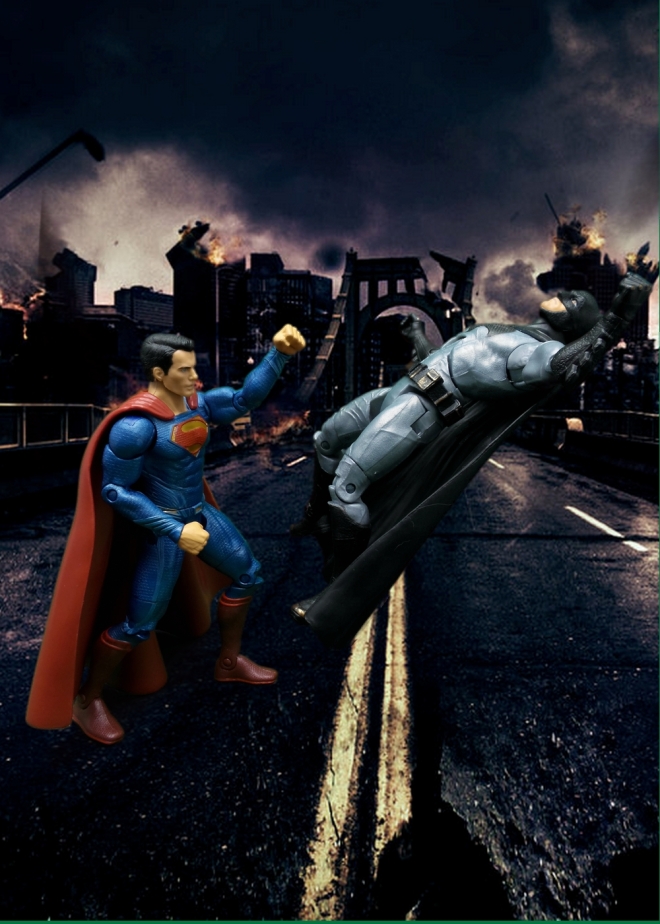 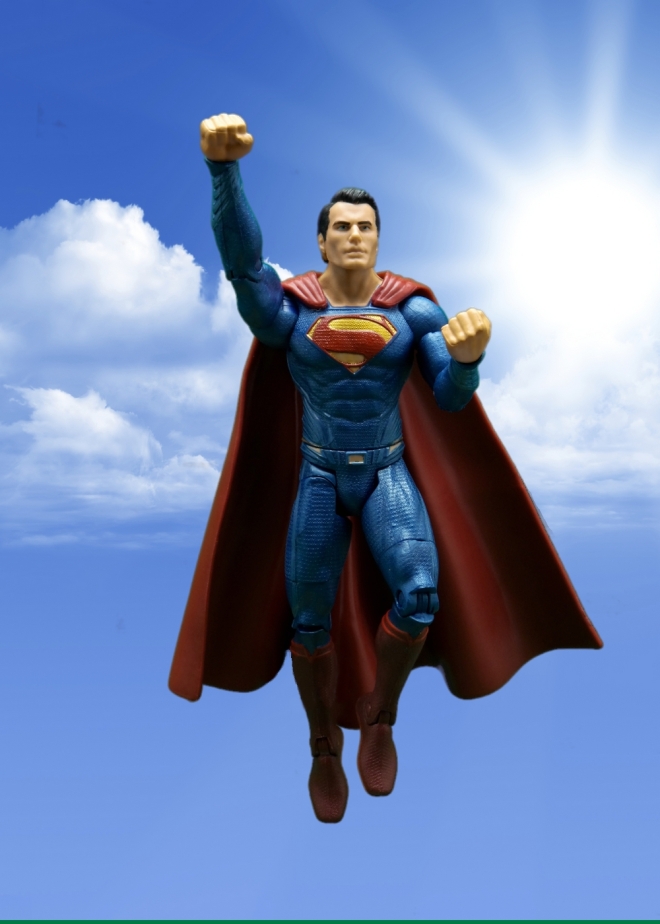 The trinity looks quite amazing all together.

There are no character specific accessories, which is a bummer. He does come with the pistol grip for the collect & connect grapnel.

Overall impression: 22 out of 35. Another low score for this line of figures. I really love Superman, and this figure isn’t horrible by any means. There just seems to be a lack of going the extra mile to make these knock-out figures. He does look awesome with the others and will make a decent addition to a collection. 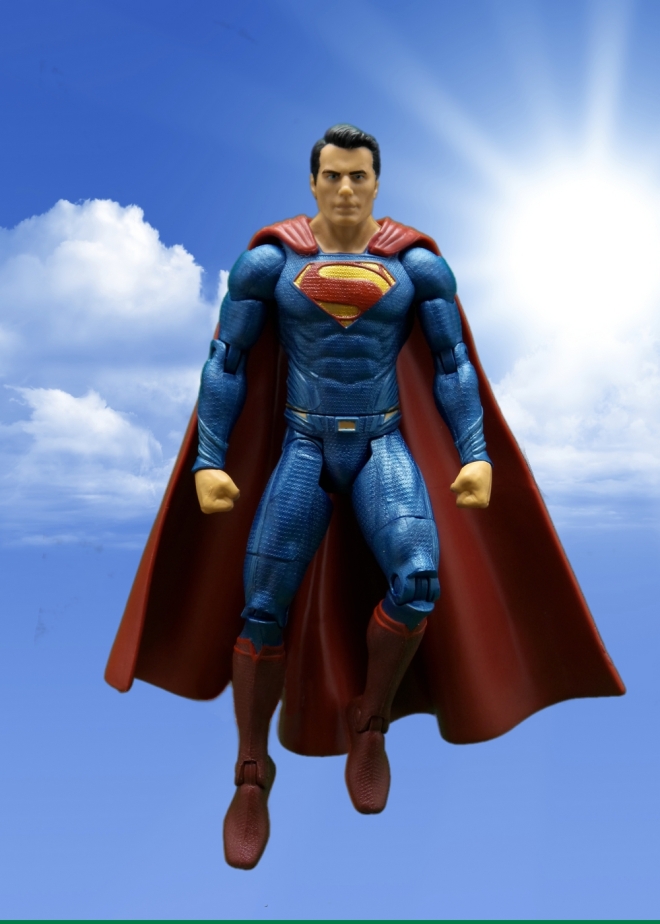 ** Wonder Woman, Superman, Batman, Aquaman, and all related characters belong to DC Comics. Batman v Superman Dawn of Justice is owned by Warner Brothers. These images are for hobby only. Also, the background images were found on the internet. If one of the images belongs to you, I will gladly give credit.