Mattel is not disappointing me lately. As the MOTUC line winds down, they have offered a new subscription service called Club Grayskull. This line will offer characters we’ve already seen, but stylized after their Filmation counterparts.

The most recent release is He-Man himself!

The packaging on this one is REALLY awesome. He comes packaged in a window-box display with a slip-cover designed to look like Castle Grayskull. When you remove the slip cover, you see He-Man beautifully displayed in his “I have the POWER!” pose inside the mouth of Grayskull. The back shows an image of Filmation He-Man and gives a brief description of the line.

The eyes and nose of Grayskull are part of the window box and look really cool. 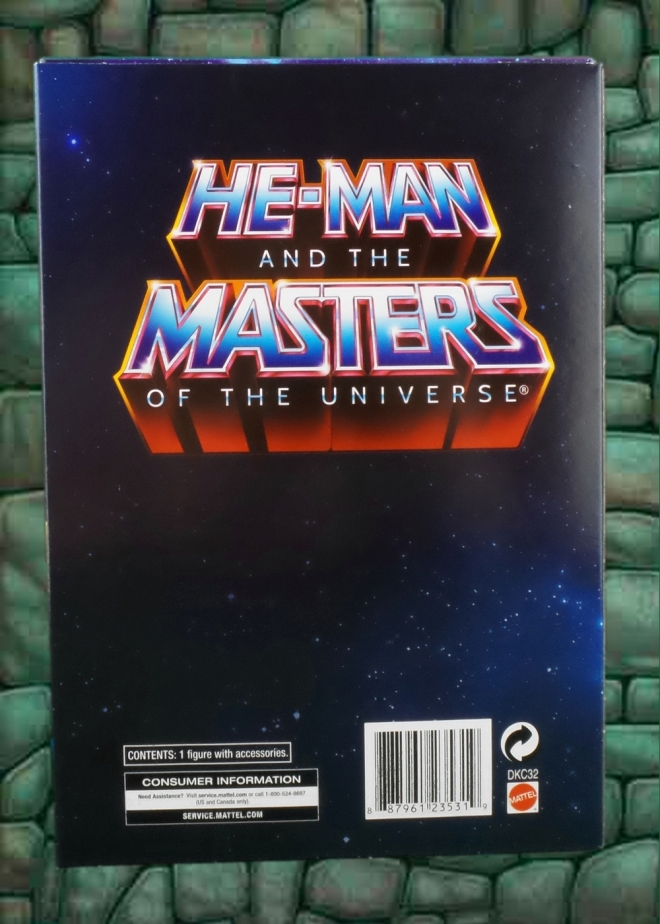 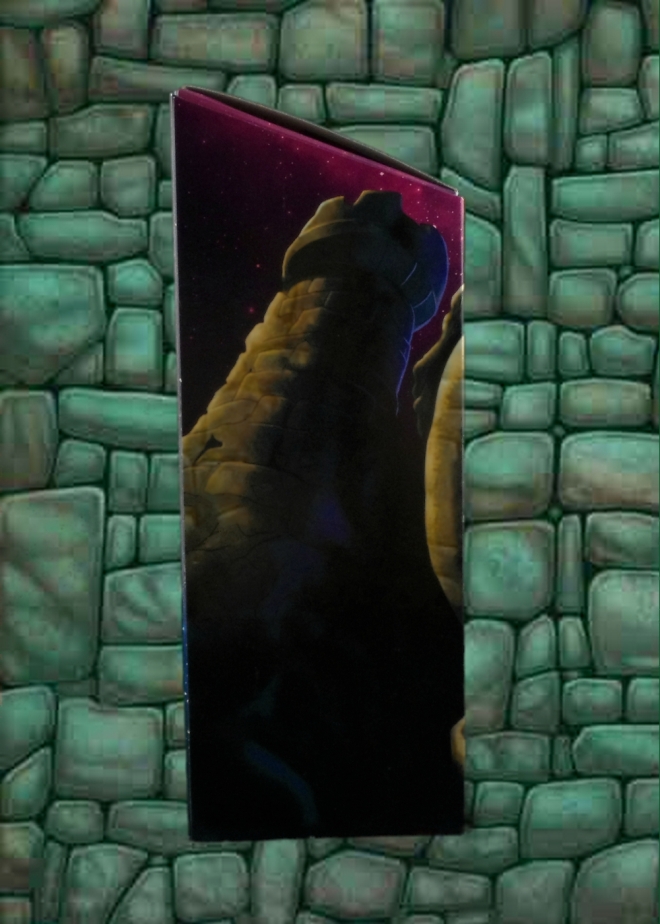 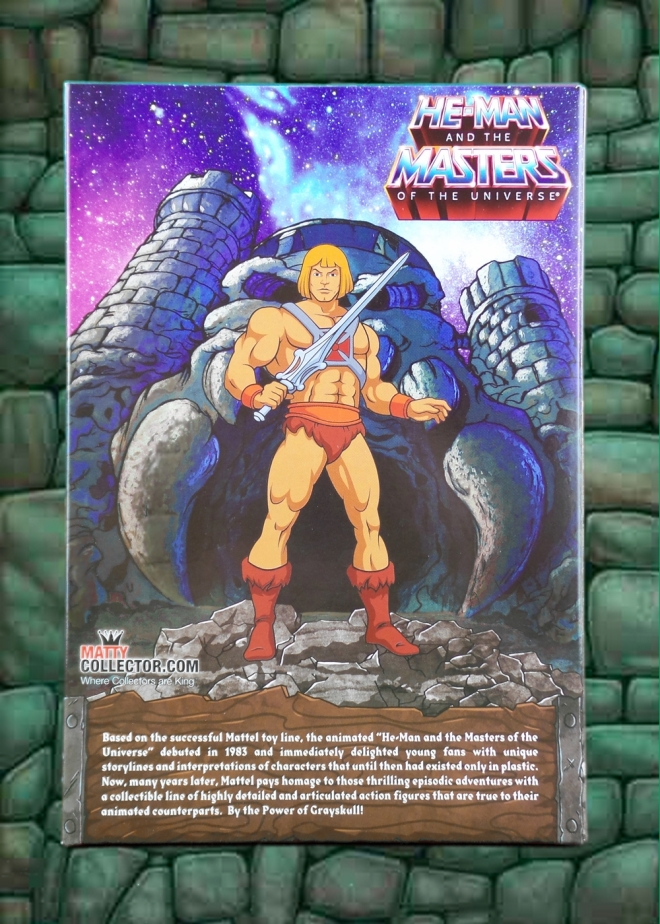 He-Man looks really nice out of the box as well.

The buck is similar to the original release and most of the differences come from his costume. His chest armor is less ornate with no orange squares, raised panels, or divots. The cross is bigger and more screen accurate. His belt and wrist cuffs are missing the spherical embellishments. His loin cloth is smoother and less detailed. Finally, his boots are missing the straps from the original release and the fur at the top is softer.

He also has a scabbard on his back to store the Sword of Power.

The biggest difference is the head and face. You can definitely see the Filmation inspiration here. The hair is more in the style of his 80’s pretty-boy style and the face looks more like the cartoon character we all knew and loved. My only complaint is that it seems a bit more rough than cartoon He-man. 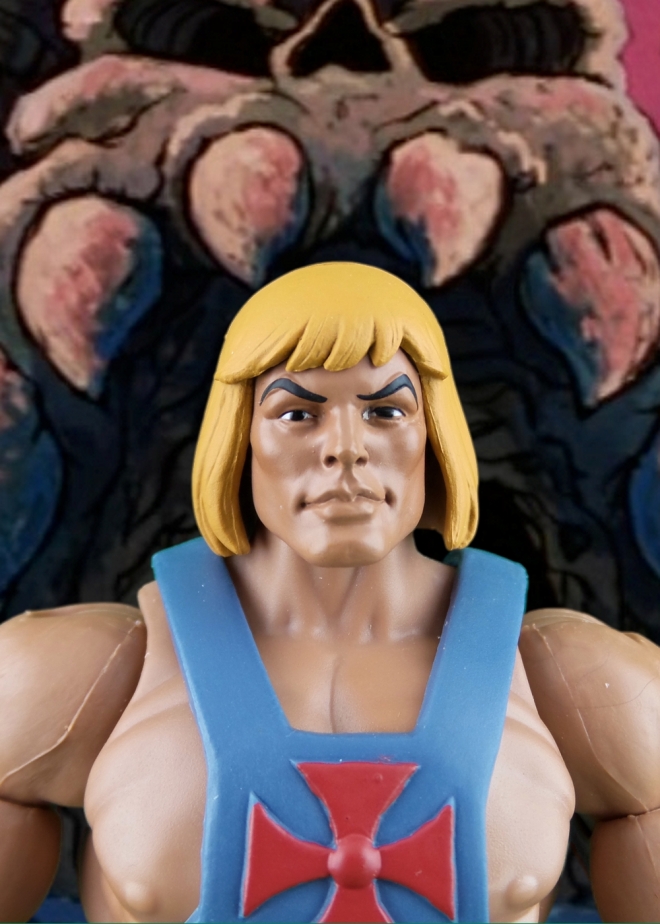 The most awesome of these is the hinge joints at each wrist. They allow you to recreate his famous “By the POWER OF GRAYSKULL!” pose! 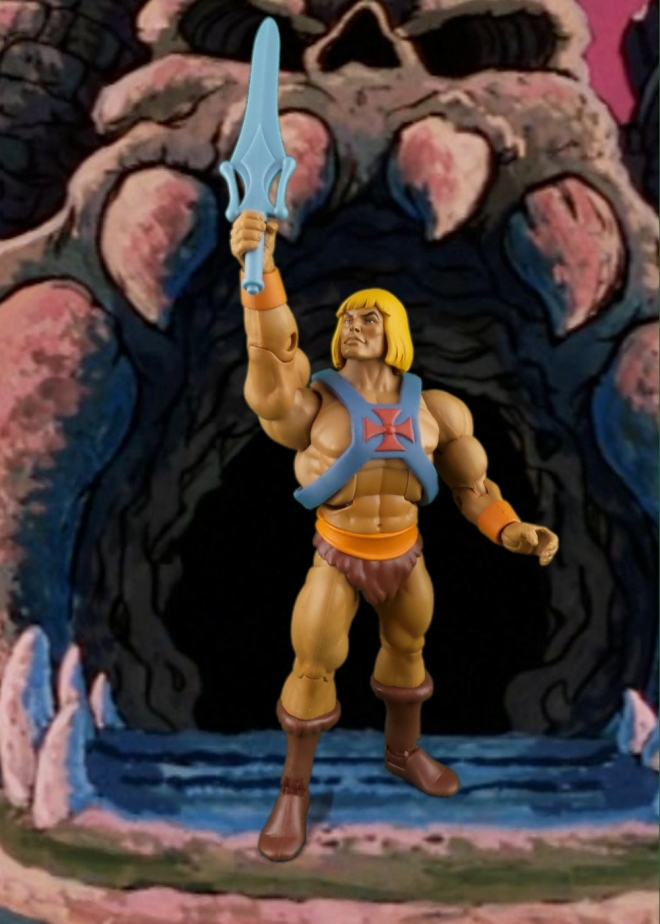 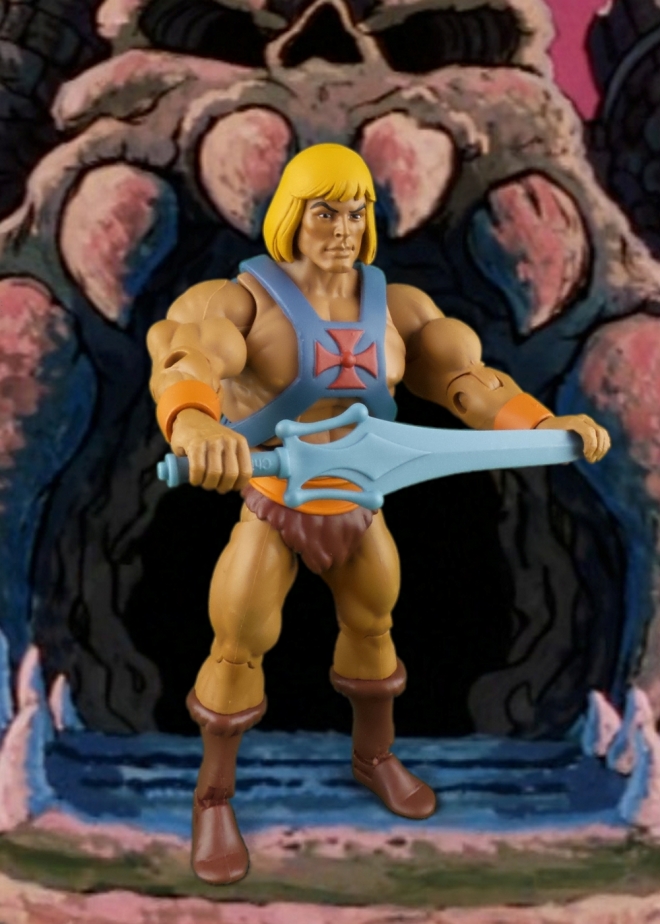 He comes with only two accessories: the Sword of Power and a sword stone.

Overall impression: 30 out of 35. Not bad Mattel! Club Grayskull/Filmation He-Man is a great figure! His nostalgia and build make him very playable! I can’t wait to see the other offerings in the Filmation style – and make them fight! 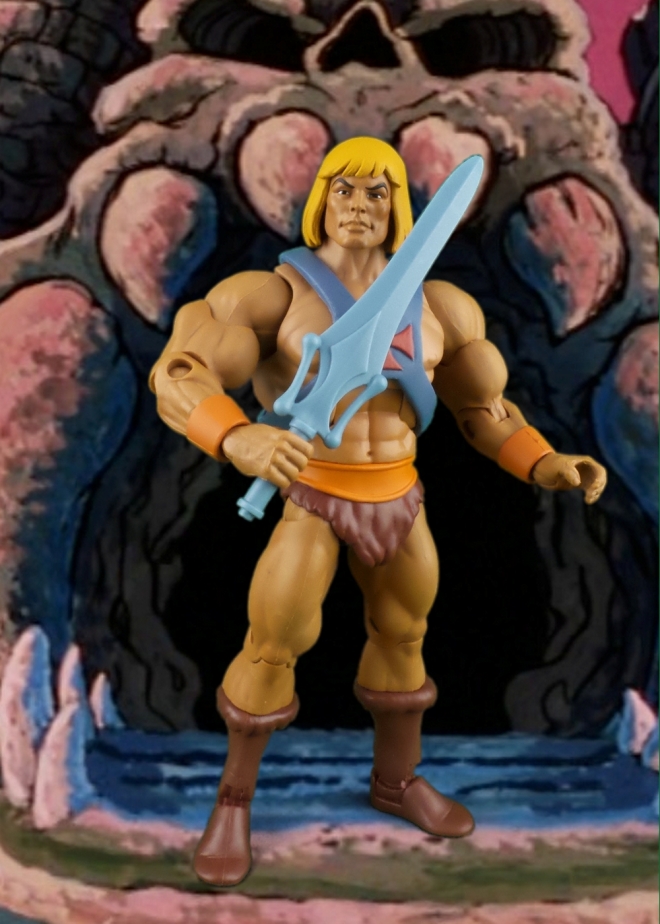 ** He-Man, Masters of the Universe, and all related characters belong to Mattel. These images are for hobby only. Also, the background images were found on the internet. If one of the images belongs to you, I will gladly give credit.